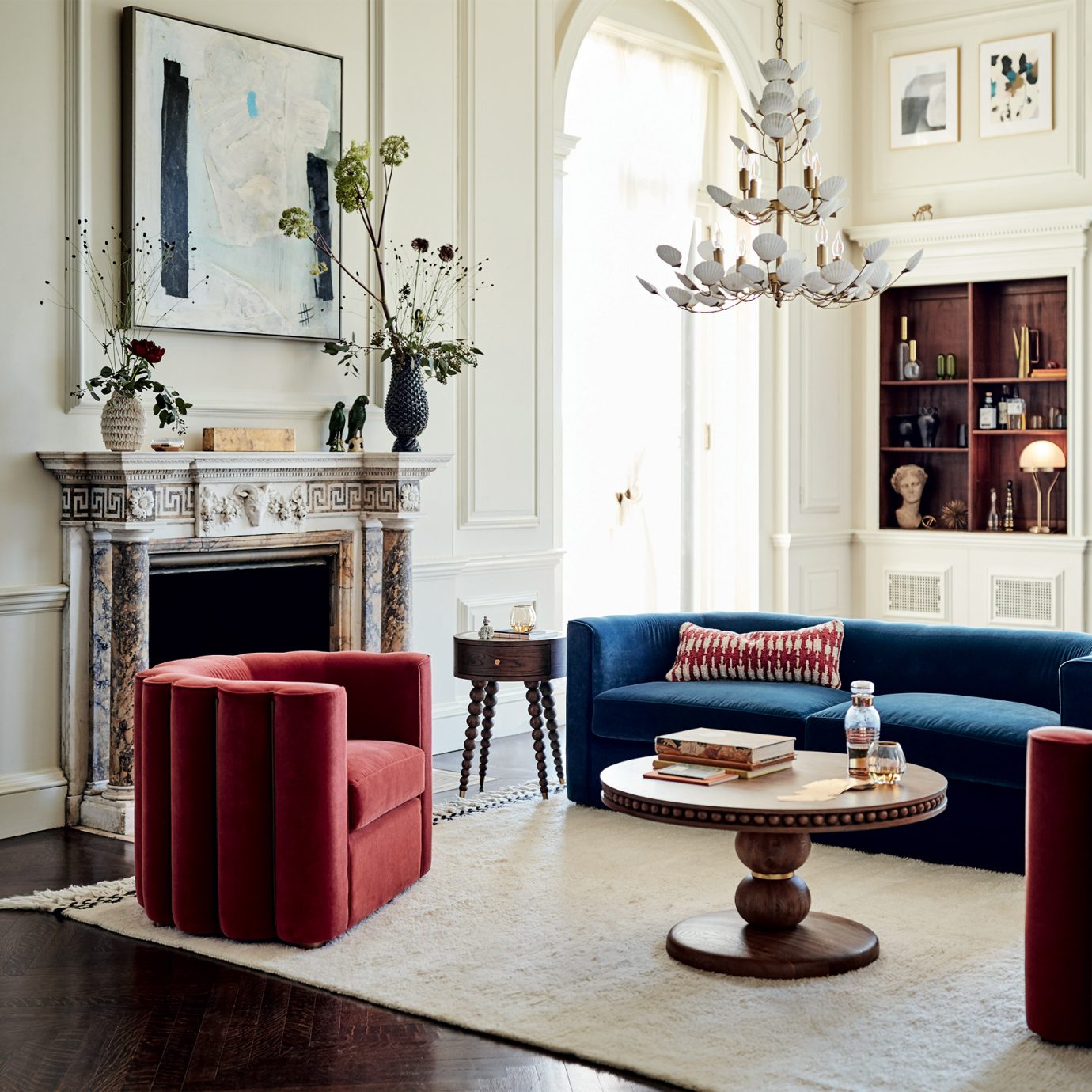 Famed for its opulent shared spaces and sophisticated hotel rooms, Soho House is an interiors-enthusiast’s dream, a city-breaker’s idyll and a co-working fantasy, all in one. Founded in a Georgian townhouse in 1995, with the aim to provide a ‘home away from home’ for creatives, it now boasts various members’ clubs across Europe and North America, as well as restaurants, cinemas, workspaces and spas.

After gaining attention for its impeccable interiors, it launched its homeware line, Soho Home.

For the first time ever, the luxurious hotel chain is bringing its sharp eye for design to the British high-street, via a much-anticipated collaboration with stalwart of eclecticism Anthropologie. Now fans of its carefully curated brand of vintage-meets-modern luxury can enjoy a slice of Soho Home in their own abode – without the need to visit the members-only venues (or pay the yearly membership fees).

‘The idea behind the collaboration was to design a range that draws its influence from some of Soho Home’s popular pieces which are inspired by a selection of our Houses. With emphasis on the quality of design, we also incorporated new colour ways and developed pieces that are unique to this collection,’ said Beth Blakeman-Shead, Soho Home Managing Director.

The Anthropologie x Soho Home capsule is offered exclusively online and at selected Anthropologie stores. The collection starts from £8.